Things named after Queen Elizabeth II can be found from here to Timbuktu. Parks, ports and pigeon all have her imprint, as Janet Menzies discovers

From ocean liners to aircraft carriers, national parks, islands and a substantial chunk of Antarctica, things named after Queen Elizabeth II are not hard to come by – and not done by halves. Her imprint can be found from here to Timbuktu, discovers Janet Menzies as she circumnavigates the globe.

Her Majesty has a long and close relationship with her Household Cavalry, as an ardent admirer of the horse. Read about Her Majesty’s “blacks” in The Queen’s horses: black beauties of Knightsbridge. 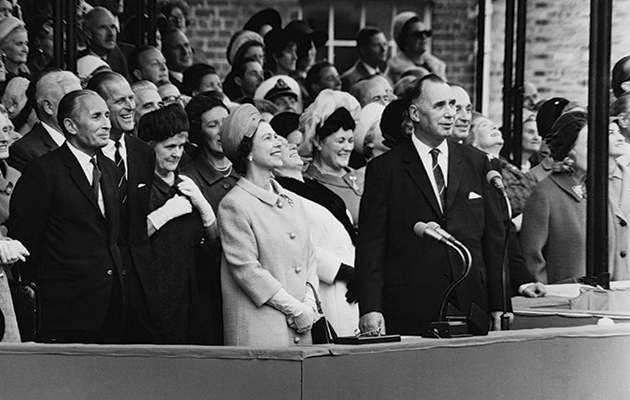 HM The Queen and Dr John Rannie at the launch of Queen Elizabeth 2, 1967.

As patron of over 600 charities and organisations, it is inevitable that a range of schools, hospitals, public spaces and worthy causes are some of the things named after Queen Elizabeth II. But a pigeon? (The late Queenie or GB02ER34.) A steam locomotive? (Princess Elizabeth from the Princess Royal class.) A champion boxer’s daughter? Manny Pacquiao, former world lightweight champion boxer from the Philippines, is such a fan of the Royal Family he has named his daughter Queen Elizabeth. This last namesake is slightly less official, but it’s not surprising Pacquiao didn’t manage to negotiate all the intricacies involved in formally naming something after The Queen. The process is not completely straightforward – even the Buckingham Palace press office was slightly unsure: “Er, we don’t really know. You definitely have to go through a government department; and then it is forwarded on to us. Maybe the Department for Constitutional Affairs? Does that still exist?” 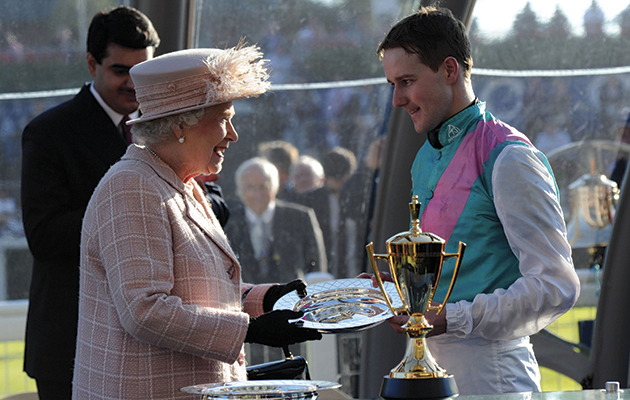 Those of you wishing to name your horsebox “The Queen Elizabeth II Lorry” or your best pheasant cover “Her Majesty’s 90th Birthday Drive” should know that the Department for Constitutional Affairs does not still exist. Instead, you must go to the Cabinet Office. A press office spokesman explained, “The process is that if you wish to name a building or similar after The Queen, you write to the Cabinet Office and a team considers the application and makes a recommendation to the Palace. This is similar to the honours system where you can contact us and make a nomination. We get huge numbers of people putting in applications asking to name something after The Queen and it really needs to be something worthwhile.”

Everyone wants things named after Queen Elizabeth II. In Hailsham, East Sussex, the town council planted a Diamond Jubilee Community Rose Garden with, naturally, the Queen Elizabeth rose. The council’s Terry Hall said, “There are a number of species, including Prince Charles and Clarence House, all with royal connections. We have received a lot of sponsorship. Permission for the garden wasn’t needed as the rose species had already been named.” 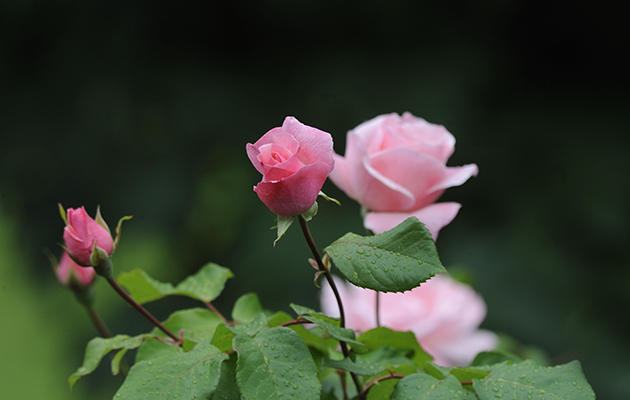 The Queen Elizabeth II (QEII) Fields Challenge did have to seek permission to become one of the things named after Queen Elizabeth II for her Diamond Jubilee in 2012. The Challenge was launched by Fields in Trust (operating name of the National Playing Fields Association) as a two-year programme to commemorate the Diamond Jubilee and the London Olympics by securing the future of as many public recreational areas as possible. Alison Moore-Gwyn of Fields in Trust remembers the idea of naming the spaces after The Queen as coming quite naturally: “We were set up in 1925 by King George V and, following his death, the King George V Fields were protected as a tribute to him; and so this new initiative has great continuity for the organisation. The Duke of Cambridge was really enthusiastic about the programme and thought it was a fitting way to mark his grandmother’s 60 years on the throne. It was during discussions with his office that the idea of the Queen Elizabeth II Fields originated. The fact that The Queen is our patron and the Duke of Edinburgh is our president underlines how appropriate this programme was for Fields in Trust and for the Diamond Jubilee.”

If you visit the QEII Fields Challenge website (www.qe2fields.com), you will discover how you can nominate a playground or similar to be named after The Queen. You could even go as far as offering your own little corner of a field to be forever public. So every one of us now has the chance to name something after The Queen – which turns out to be just what the whole world wants to do. 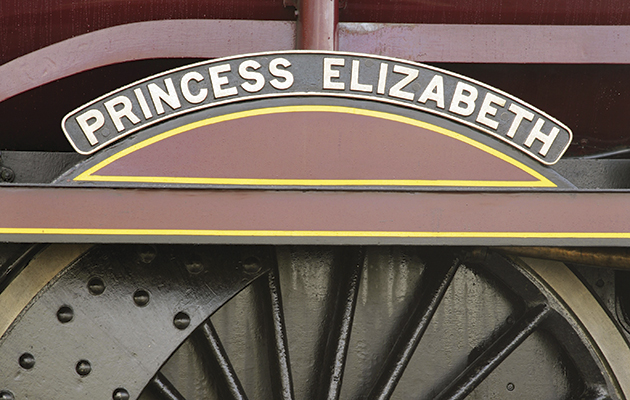 When The Queen’s great-great-grandmother, Queen Victoria, celebrated her Diamond Jubilee in 1897, she was said to reign over a land on which the sun never set. That empire has become a Commonwealth, but it is still possible to circumnavigate the globe without leaving the familiar comfort of somewhere or something named after Queen Elizabeth II.

THINGS NAMED AFTER QUEEN ELIZABETH II: THE FIELD’S CIRCUMNAVIGATION OF THE GLOBE

The Field’s suggested itinerary sets out from London’s Queen Elizabth II Olympic Park. Refusing to be diverted by the Queen Elizabeth II Conference Centre or the Queen Elizabeth II Jubilee School, Westminster, proceed straight to Southampton to embark across the Atlantic on Cunard’s liner Queen Elizabeth. Persuade the captain to land you in the West Indies, possibly at Port Elizabeth on the island of Bequia. Or you could go to the Princess Elizabeth Centre in Trinidad and Tobago’s Port of Spain. Though if you are feeling a bit poorly after your Atlantic crossing, there is always the Queen Elizabeth Hospital at Bridgetown in Barbados.

Next stop is the British Virgin Islands, where the Queen Elizabeth II Bridge will take you from Tortola to Beef Island. There’s an airport on Beef Island, so you can fly up the south-east coast of the States, stopping over briefly in Kentucky to watch the Queen Elizabeth II Challenge Cup Stakes at Keeneland Racecourse. Arrive in Washington where, of course, you will visit The White House and overnight in the Queens’ Bedroom.

Carry on north to Canada and arrive in Toronto, where you can visit the QEII Rose Gardens, planted and replanted for the last two Jubilees; or get out of the rain in Exhibition Place at its Queen Elizabeth Building. Then on to Ottawa for any number of Queen-based gardens, including the Queen Elizabeth II Wildlands Provincial Park and the Golden Jubilee Greenway. Even a detour to French-speaking Quebec would still leave you sleeping peacefully at The Queen Elizabeth Hotel, Montreal. Then it’s off to New Brunswick to the Queen Elizabeth Drive, and Nova Scotia for the QEII Health Sciences Centre.

Pretty much every state in Canada bears the Queen’s signature but going to Labrador just for a bit of learning at the Queen Elizabeth II Library at the university there is too far out of the way for circumnavigators. Best to go on west to ultra-royal Manitoba for yet another QEII Gardens, plus a QEII Music Building, a Princess Elizabeth High School and a Princess Elizabeth Hospital. Now press on west to the excitingly named Saskatchewan where, in the even more evocative Moose Jaw, you can visit the Queen’s Jubilee Rose Garden, though what with the northerly latitude and the moose, it’s a miracle there are actually roses. In Regina, Saskatchewan’s capital, you can see a statue of Queen Elizabeth II riding her horse Burmese and, rather less romantically, the Queen Elizabeth Power Station. Or you could go to the Queen Elizabeth II Court (possibly for being rude about Moose Jaw). 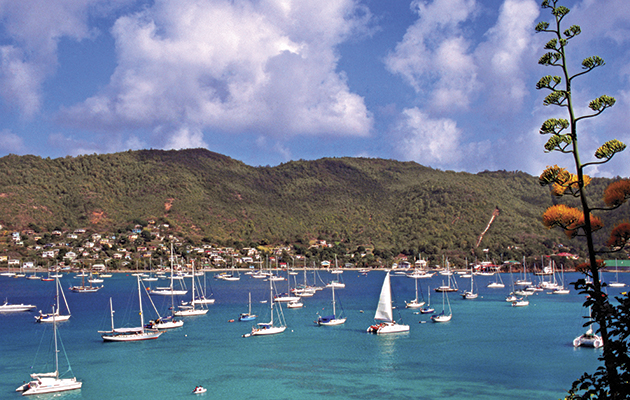 Then Norfolk Island, a dot (it’s about three miles wide) in the Pacific Ocean between New Caledonia and New Zealand, has managed to find space for a Queen Elizabeth Avenue, which runs between the athletics oval and the tennis club. 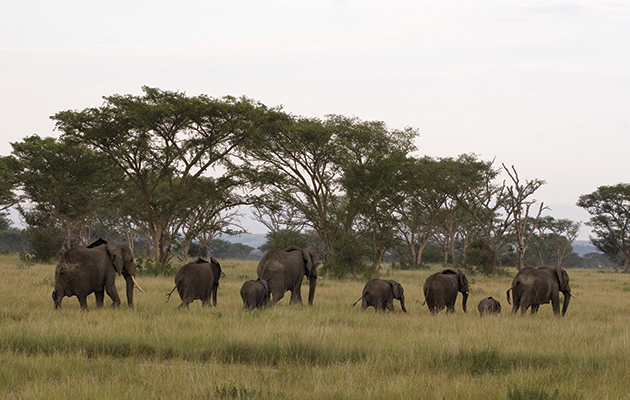 From Norfolk Island’s Queen Elizabeth Lookout, set sail again due west and you can make landfall at Brisbane and rest up in the QEII Jubilee Hospital before heading on down to Adelaide for another royal hospital, and thence to the city of Elizabeth on the outskirts of Adelaide, where you should be able to catch a ship to Antarctica and the Australian Antarctic Territory of Princess Elizabeth Land. Hopefully, by now, the British aircraft carrier HMS Queen Elizabeth may be complete and willing to give you a lift to Africa. Land at what used to be the Princess Elizabeth Graving Dock in East London, the Eastern Cape, South Africa (now more of a tourist spot). Going north to Zimbabwe’s capital, Harare, you will find the Queen Elizabeth Girls’ High School but, more excitingly, you can then set forth on the Zambezi River to find Princess Elizabeth Island in Zimbabwe’s Matabeleland North. And, heading north again to Uganda, it gets even more exciting, with the world-renowned Queen Elizabeth National Park wildlife reserve.

The final stages of your journey take you west to Sierra Leone and the Queen Elizabeth II Quay at Freetown, which completes your circumnavigation. But if you still feel adventurous you could set sail once more across the Atlantic, this time to Brazil to visit Queen Elizabeth Street in Manaus, Amazonas state.

And then, who knows where? By the time you get there, there are bound to be many more things named after Queen Elizabeth II. There will certainly be more bridges, streets, mountains, islands, modes of transport, flowers, parks, ports, public buildings, schools, hospitals, hotels and, yes, pigeons named after Her Majesty, who will most certainly reign long over us all.

THINGS NAMED AFTER QUEEN ELIZABETH II: HOW TO BE HER MAJESTY 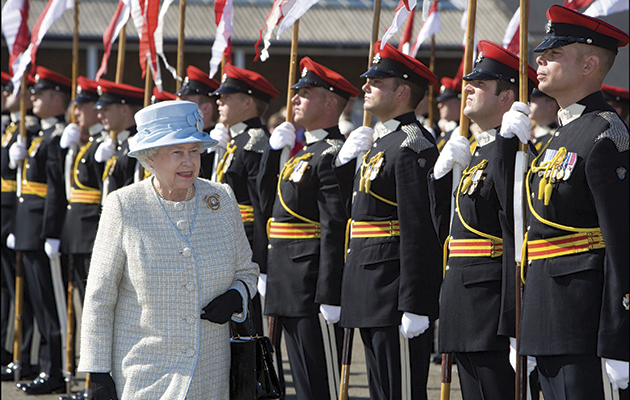 The Queen inspects her Royal Lancers at Catterick.

If you are jealous of the things named after Queen Elizabeth II, you can get your own name on just about anything. Here’s how: